On April 28, the OSSM Community excitedly welcomed Gerard “Ged” Parkin, D.Phil., Professor of Chemistry from Columbia University, as our esteemed 30th Anniversary speaker for the Senator Penny Williams Distinguished Lecture Series.  Dr. Parkin toured labs, visited with students and faculty, and gave a highly academic lecture to OSSM students during the day.  That evening, he visited with and delivered remarks to appreciative supporters at a reception and dinner event.

Senator Penny Williams is considered one of the “mothers” of OSSM.  In tribute to her role as the sine qua non of OSSM, her friends and friends of the school began an endowment of these lectures to bring national and international figures in the arts and sciences to the Oklahoma School of Science and Mathematics. The contribution of ideas of speaker like Dr. Parkin to our state’s intellectual milieu is the greatest and most appropriate gratitude we can offer to the memory of Senator Williams.

Dr. Parkin shared two invigorating talks–“Determining the Structures of Molecules:  A Critical Evaluation of the Data” with students and “The Important Roles of Metals:  From Nature’s Enzymes to Catalysts for Converting Carbon Dioxide into Useful Chemicals and for Achieving the Hydrogen Economy” with our evening attendees.

We are so grateful for Dr. Parkin’s exciting visit and for all the donors who made this and other world class lectures possible through the Senator Penny Williams Distinguished Lecture Series Endowment! 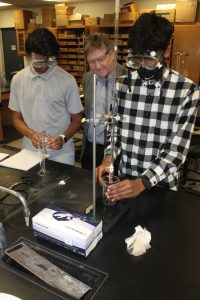 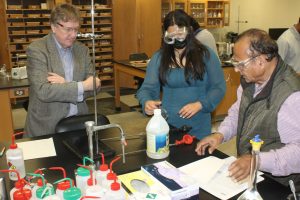 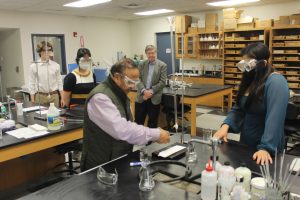 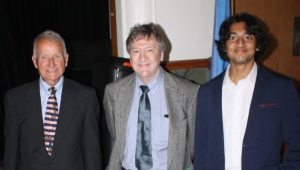 END_OF_DOCUMENT_TOKEN_TO_BE_REPLACED

Being at OSSM has challenged me more than I could have imagined.  I have really learned about the academic world through various assignments and opportunities; I feel very prepared for college. Anyone considering OSSM should know that, though challenging, OSSM has an amazing support system. OSSM has also provided many opportunities and experiences which help students grow personally and intellectually, unique to its boarding school setting.

OSSM is such a special place. Being here, I’ve been able to explore the forefront of STEM which has helped me decide the direction of my future studies.

Attending OSSM has given me a support group in the form of fellow students turned family.  The small class size, amiable environment, and awesome faculty has set the bar that all future education will be measured against.

At OSSM I have developed many skills that surpass college preparedness and qualify as life skills.  Living and learning with some of the brightest students. faculty, and staff in the nation is an honor and has enabled me to gain so much knowledge.  I expect to build on that knowledge exponentially!